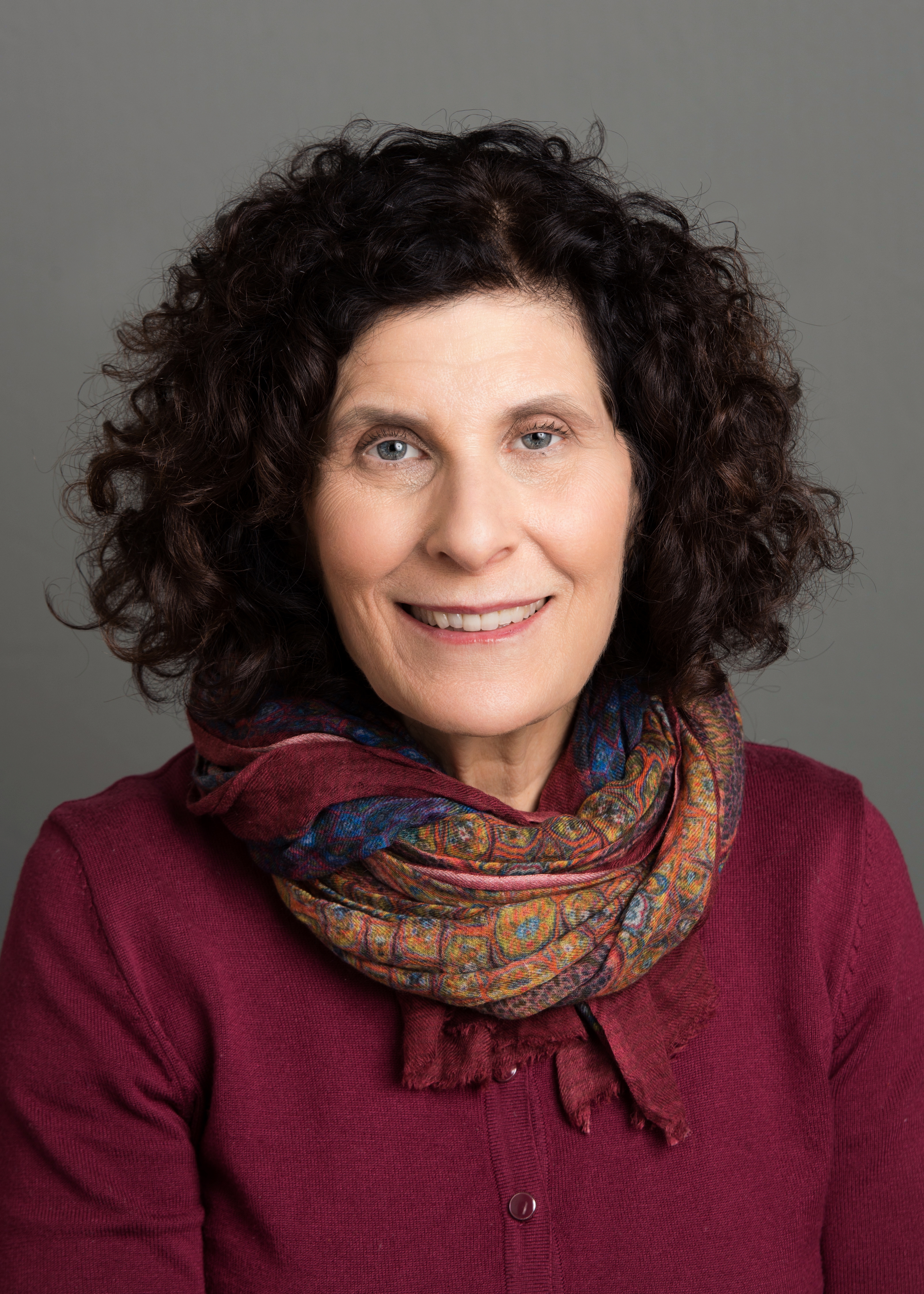 Marsha Rosner, PhD
Principal investigator
Email: [email protected]
Dr. Rosner received her bachelor’s degree in biochemistry from Harvard University and her Ph.D. degree in biochemistry from the Massachusetts Institute of Technology as a student of Professor Har-Gobind Khorana, who won the Nobel Prize for his work in elucidating the genetic code. She then stayed at MIT to pursue postdoctoral work as a fellow of the American Cancer Society in the laboratory of Dr. Phillip Robbins. In 1982, she assumed her first faculty position as an Assistant Professor in the Dept. of Applied Biological Sciences at MIT. Dr. Rosner joined the University of Chicago faculty as an Associate Professor in 1987 and was promoted to Full Professor in 1994. Currently she teaches the Cancer Biology course at the university – an award-winning fan-favorite among undergrads. In her free time, Marsha enjoys hiking, sailing, dancing, and spending time with grandchildren.

Leticia Stock, PhD
Post-doctoral Scholar
Leticia received her bachelor’s degree in biological sciences from University of Brasilia, followed by a master’s degree in molecular biology and a PhD in computational biophysics. Her PhD work focused on allosteric modulation of membrane proteins. Leticia brings her advanced computational skills to our lab’s translational research projects. She likes musicals, museums and traveling.

Long Nguyen, MD, PhD
Post-doctoral Scholar
Dr. Nguyen received his M.D. from Vietnam at Hue University of Medicine and Pharmacy specializing in Odonto-Stomatology, and then obtained a Ph.D. in Medical Science from Tohoku University in Japan (PI: Dr. Kazuhiko Igarashi). He studied epigenetics in cancer biology during his PhD and now working on BACH1 with us. He is interested in translational aspect and looks forward to using the knowledge from basic research to benefit treatment. Long’s hobbies include videography and snowboarding. When he’s not in the lab, he likes traveling.
See my LinkedIn Profile

Margarite Matossian, MD, PhD
Clinical Researcher
Margarite is originally from the Midwest (Michigan) but spent the last 9 years in New Orleans, Louisiana for her MD and PhD degrees at Tulane University School of Medicine. She is currently in residency at the University of Chicago in the Physician Scientist Development Program with a planned fellowship in Hematology/Oncology. Margarite is using patient-derived models to study anti-cancer effects of genes and novel therapies on breast cancer metastasis. When she is not working in the hospital, she enjoys playing the piano, running on the lakefront, and attending music shows in the Chicago area.
See my LinkedIn Profile
Follow me on Twitter

Peter Yang
Graduate student
Peter received his bachelor’s degree in biology from Rensselaer Polytechnic Institute. He joined the lab in 2017 and he investigates the signaling network of RKIP. Currently he is using single-cell sequencing to study tumor heterogeneity in triple negative breast cancer. Peter likes technology and provides technical support for the lab. He is the founder and administrator of the lab website.
See my LinkedIn Profile

Wenchao Liu
Graduate student
Wenchao graduated from Peking University. She participated in the summer undergraduate research program at UChicago and fell in love with the research environment here, so she joined the Cancer Biology PhD Program after graduating. She is really interested in targeting BACH1 in TNBC and she has a strong skillset in proteomics. In her free time, Wenchao enjoys rock climbing and working out in the gym. She also likes to take her coffee with chocolate flavored cookies.
See my LinkedIn Profile

Andrea Valdespino
Research specialist
Andrea graduated from Wake Forest University with a Bachelor of Science in Biochemistry. Previously, Andrea was a Chemist in Biotech. In the Rosner lab, she is developing anti-metastatic therapies for breast cancer by targeting the stress kinase signaling network. Andrea also investigates the effects of SARS-CoV-2 on the unfolded protein response. Outside of lab, she enjoys portrait photography, singing out loud to anything written by Lin Manuel Miranda, and spending time with her two adorable toddlers. 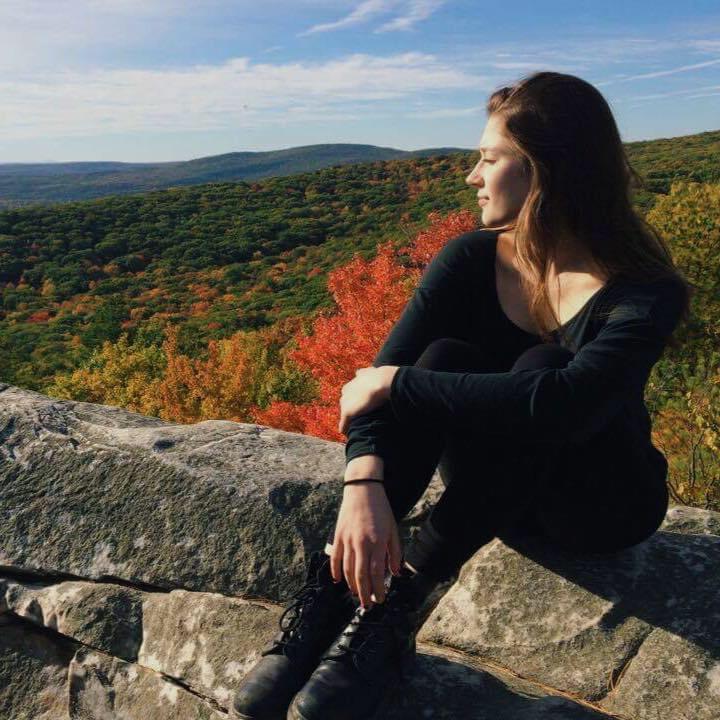 Lydia Robinson-Mailman
Undergraduate student
Lydia graduated from Stuyvesant High School and is now a Biochemistry major at the college (Class of 2023). She studied lineage tracing methods and leptomeningeal metastasis at Memorial Sloan Kettering Cancer center and now studies the relationship between heterogeneity and metastasis through single cell transcriptomics at the Rosner Lab. She also worked as an EMT in the Chicago area during her earlier years at the university. In her free time, she enjoys spending time with her cat Slinky and dog Hermie, playing the piano, and drawing outside when it’s not too cold.

Emily Shi
Undergraduate student
Emily graduated from Horace Mann School and is now in the Class of 2025 at the college majoring in Biology with a specialization in Cancer Biology. With support from the BSCD Fellowship, she studies the epigenetic role of BACH1 and hypoxia in TNBC. Emily is also passionate about global health and will pursue that through the Global Health Scholars career program and Public Policy coursework. In her free time, Emily enjoys reading and doing outdoor activities like going on hikes and bike riding.

Thomas Li
Undergraduate student
Thomas came from Crystal Springs Uplands School in San Francisco. He was the president of their Debate Club and team leader of the Crystal Swimming Team. As a biology major in the college, he studies mechanisms regulating BACH1’s nuclear localization in our lab. Thomas is admitted into the Clinical Excellence Scholars Track and he is also supported by the BSCD Summer Scholarship.

Eva Suarez
Undergraduate student
Eva is a rising second year at the college majoring in Biology with a concentration on cancer biology. She is from Mexico City and has worked as a research assistant at the Jan and Dan Duncan Neurological Research Institute where she studied the effect that Alzheimer’s disease has on motor function using Drosophila Melanogaster. When Eva was younger, she had stage IV osteosarcoma, a rare type of bone cancer. Eva now hopes to become a cancer researcher and pursue academia. In her free time Eva enjoys spending time with her dogs and watercolor painting.